We build value, beauty and function ... every time! 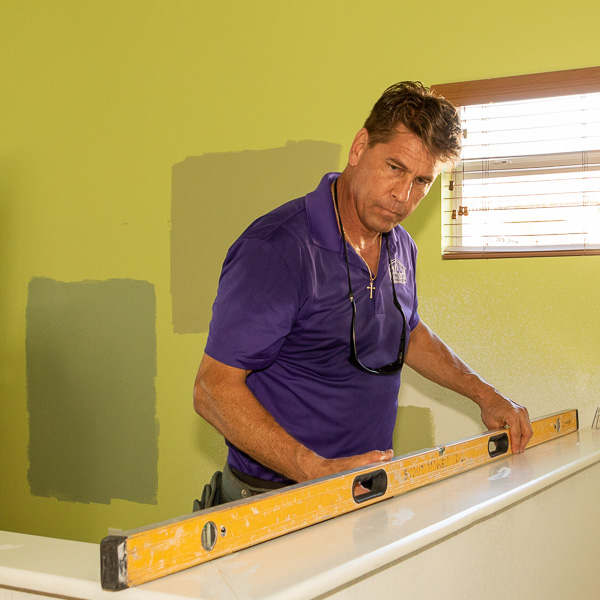 We've worked on many projects including: 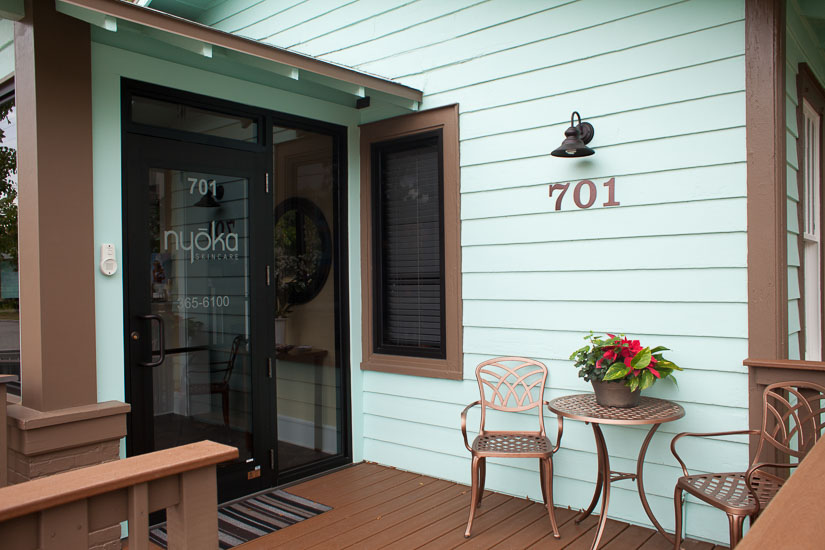 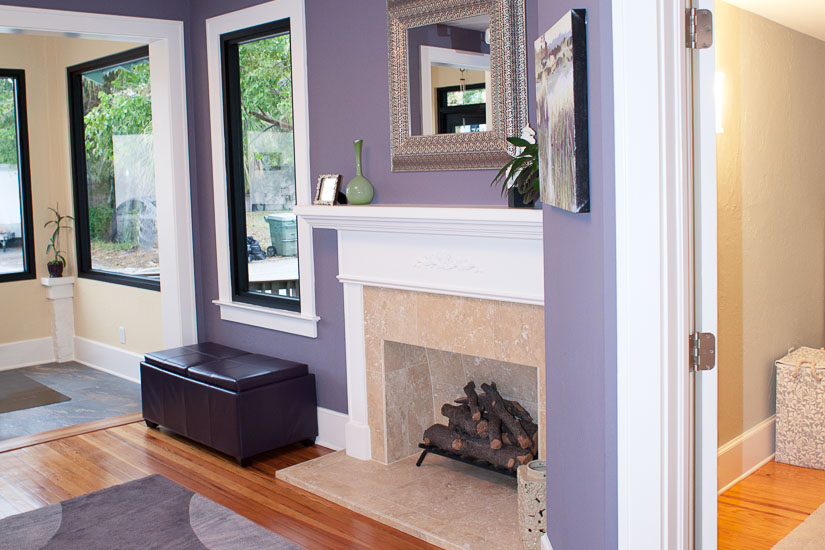 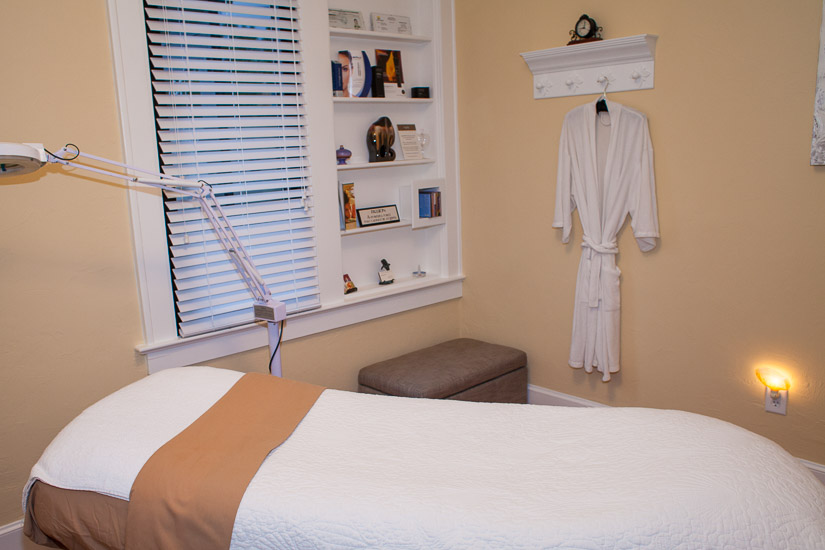 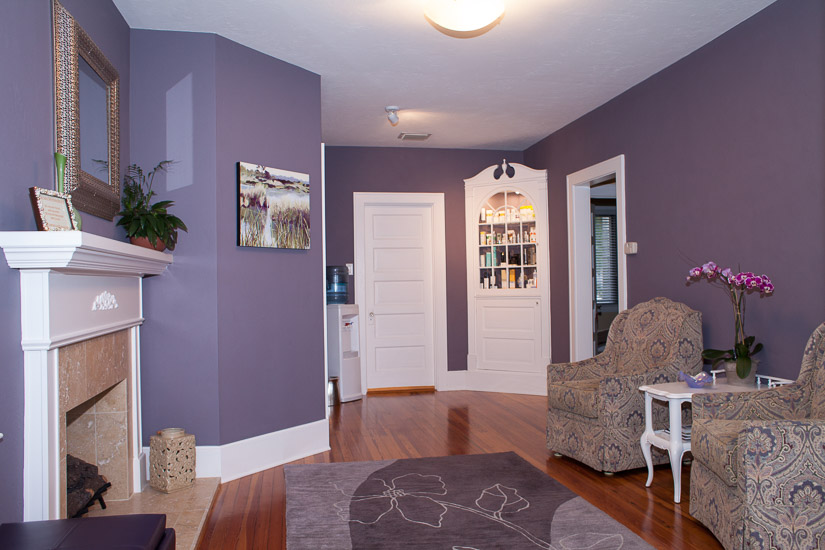 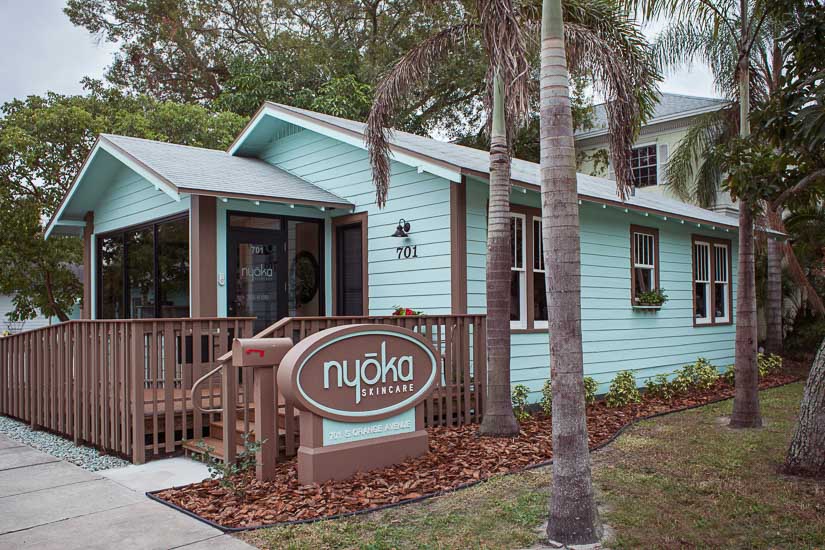 Built in 1925, this two-bedroom cottage was originally part of a small camp of homes in which Sarasota’s early commercial fishermen lived and worked. In 1959, it became a private residence for nearly 54 years. 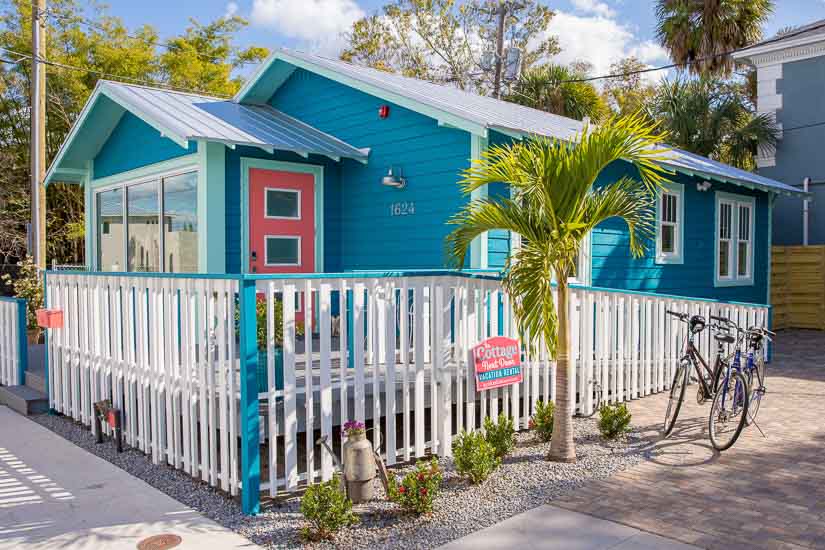 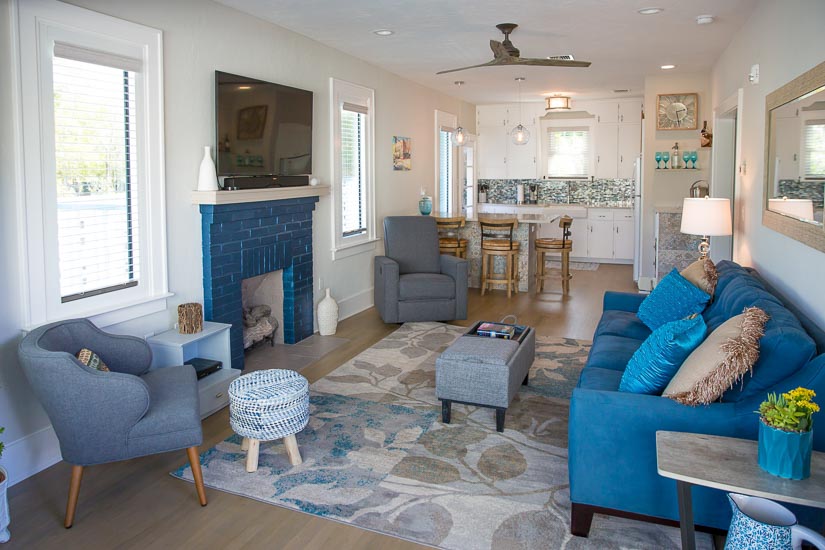 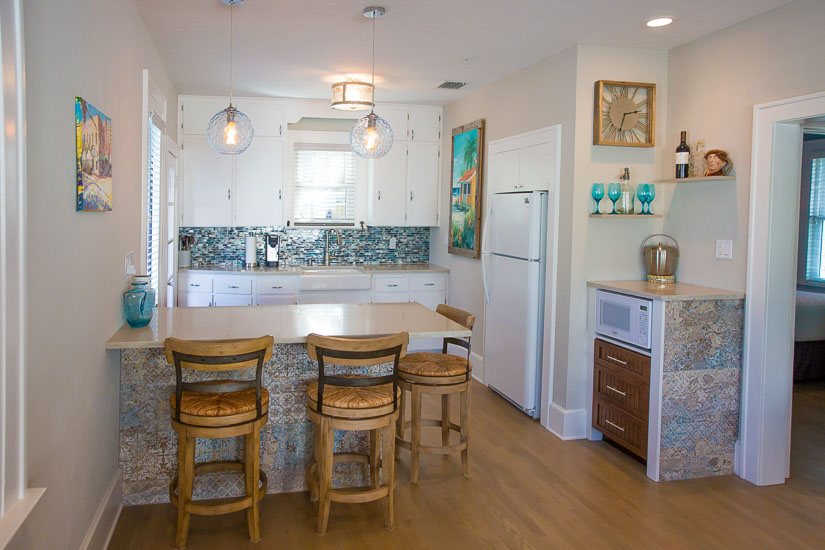 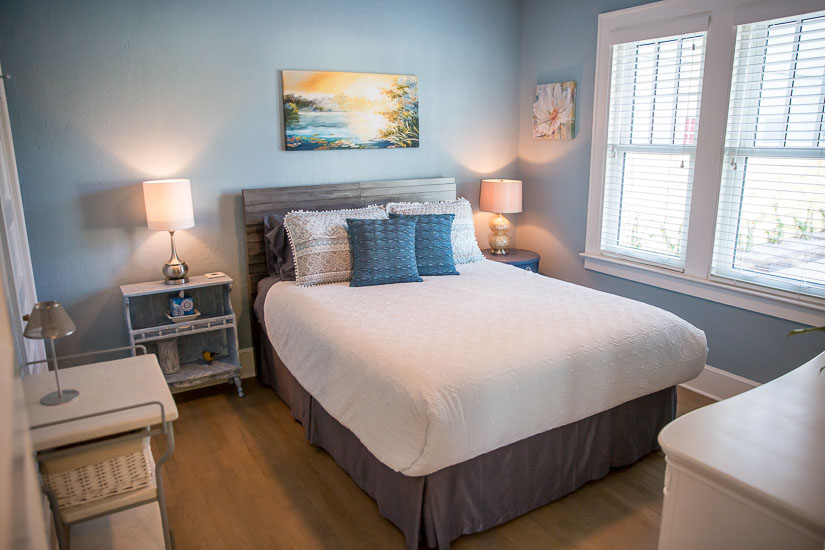 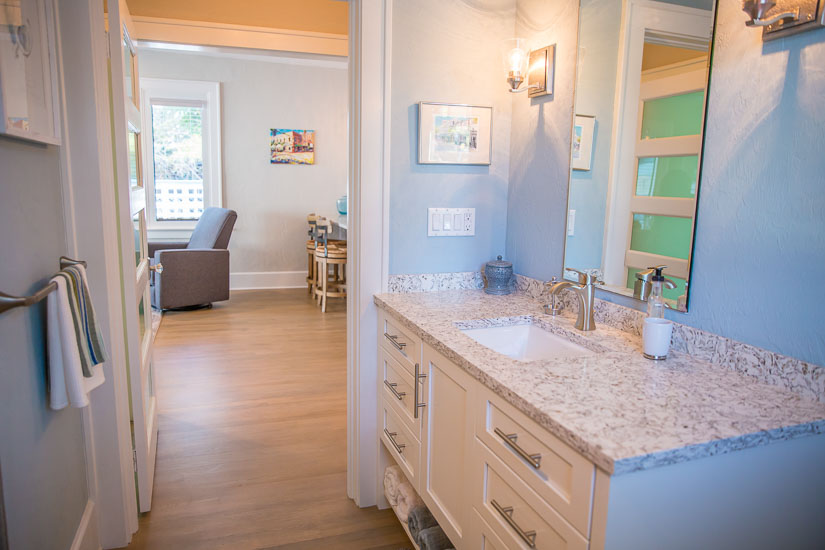 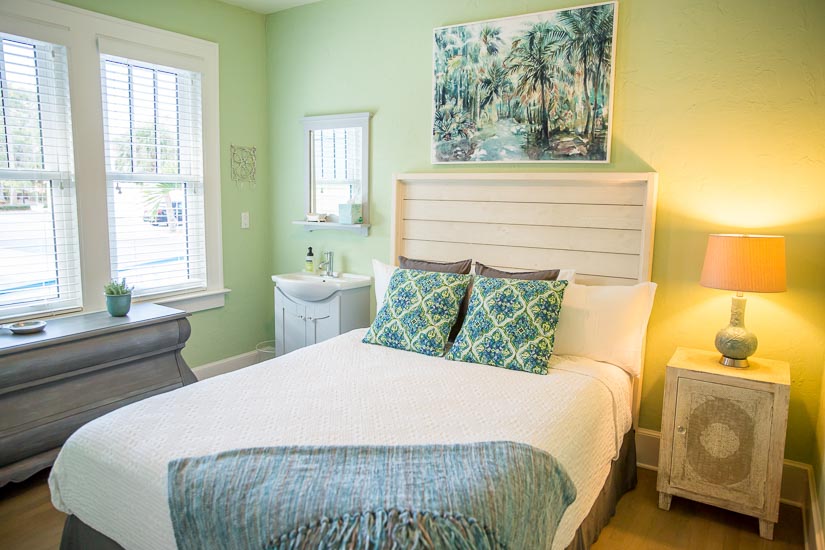 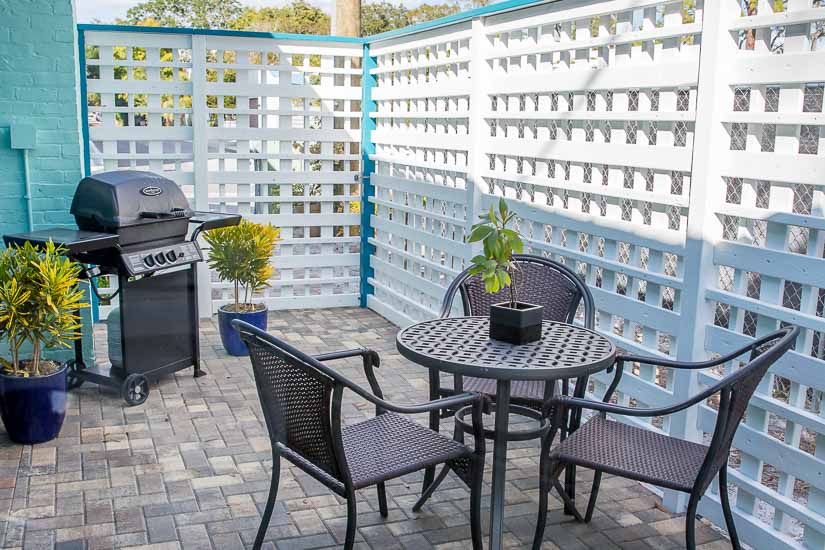 The Cottage Next Door

Located in the heart of downtown Sarasota, this vintage bungalow was in dire shape when Stout Homes & Remodeling stepped in to rescue it. Structural improvements included leveling the floor, replacing all windows, doors, roof, electrical, plumbing and HVAC systems.

The 2 BR/1 BA home was completely renovated and tastefully furnished specifically for use as an Airbnb rental. The cottage is handicapped accessible with a wheelchair ramp and fire sprinklers, smoke detectors and a state-of-the-art fire alarm system throughout providing safety and peace of mind for guests.

Outdoors a brick paver parking area and two-tiered porch welcome guests to relax or grill up dinner on their private patio. 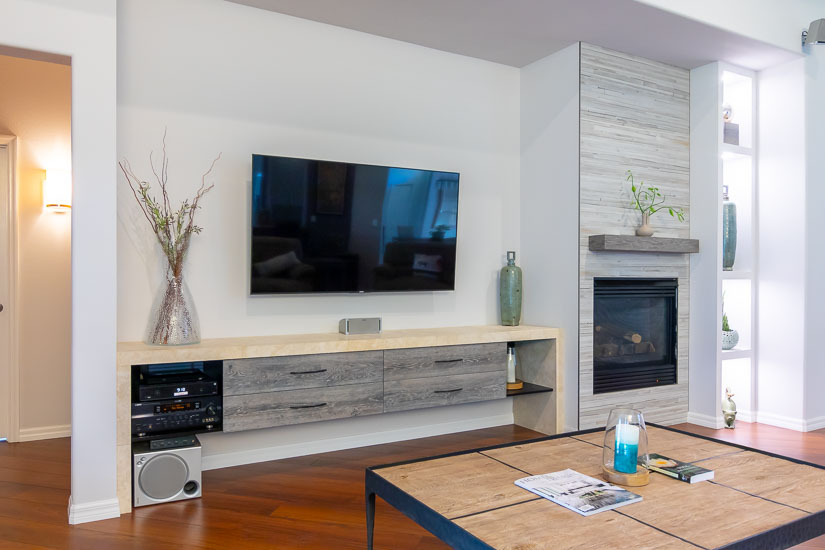 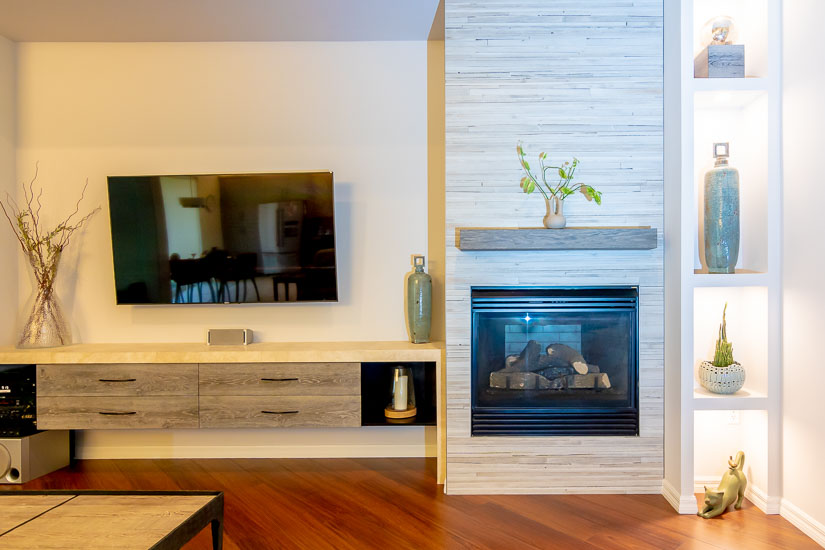 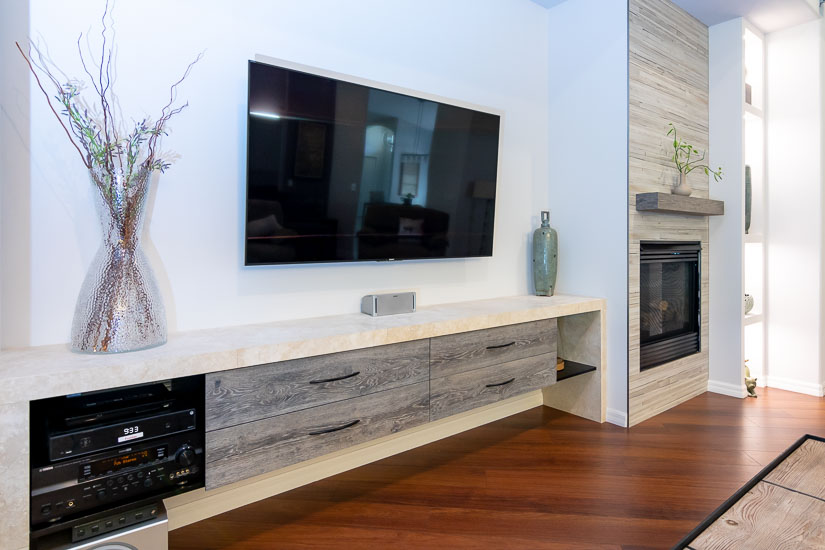 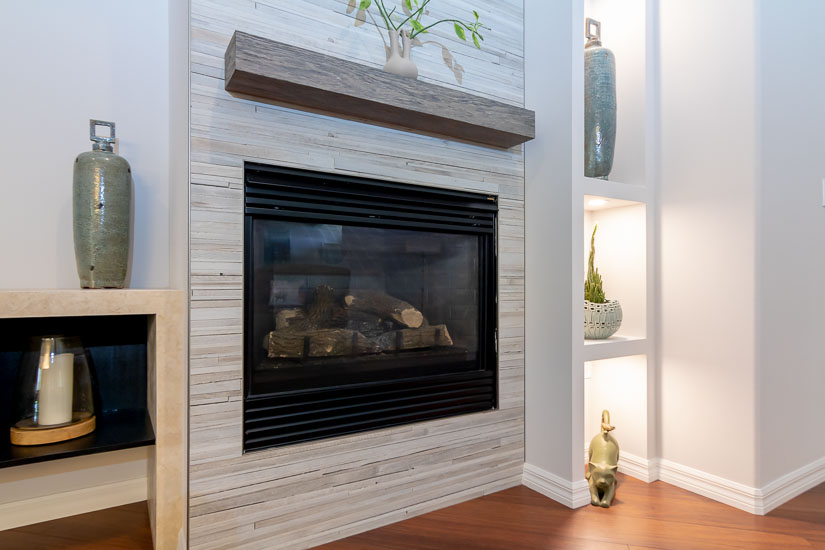 For this project the Homeowner wanted a clean, organized entertainment area in the living room. Stout Homes & Remodeling modified the existing gas fireplace with new, dramatic surround from floor to ceiling and a new mantel. The area for the television was expanded and the custom waterfall travertine top and new cabinetry was built for the space. A drywall niche with lighting was also added to complete the look. 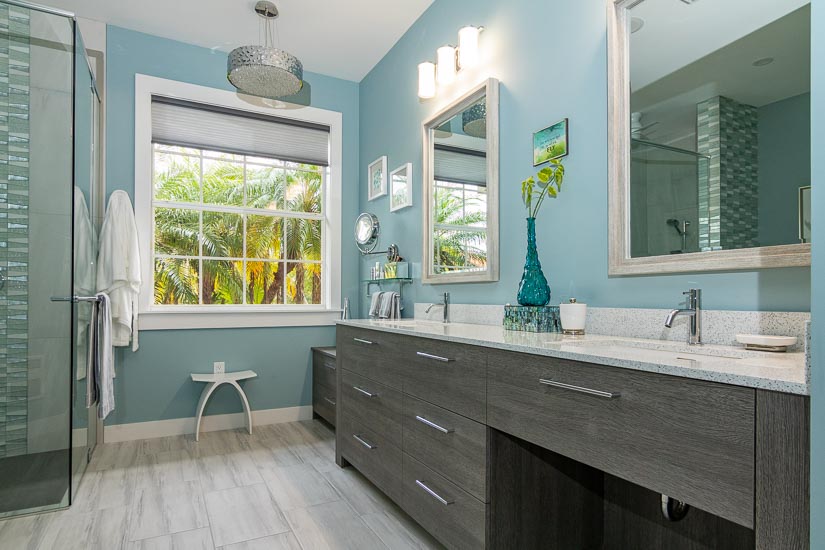 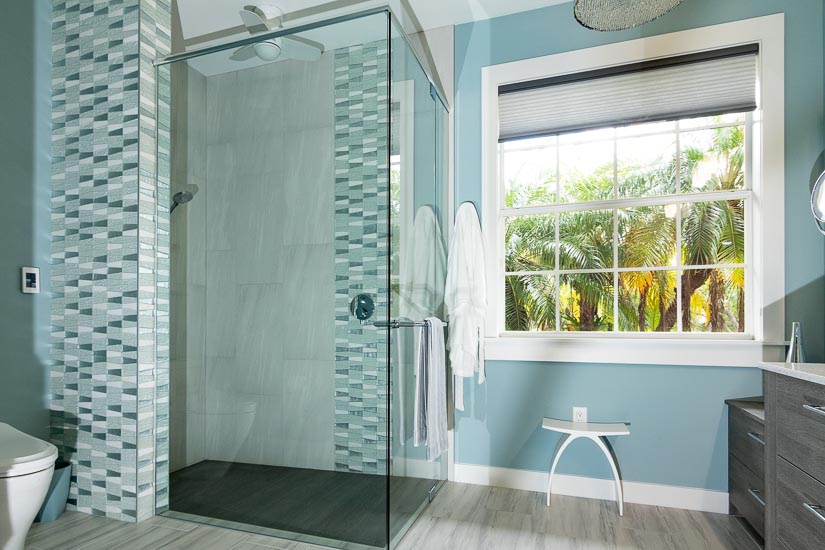 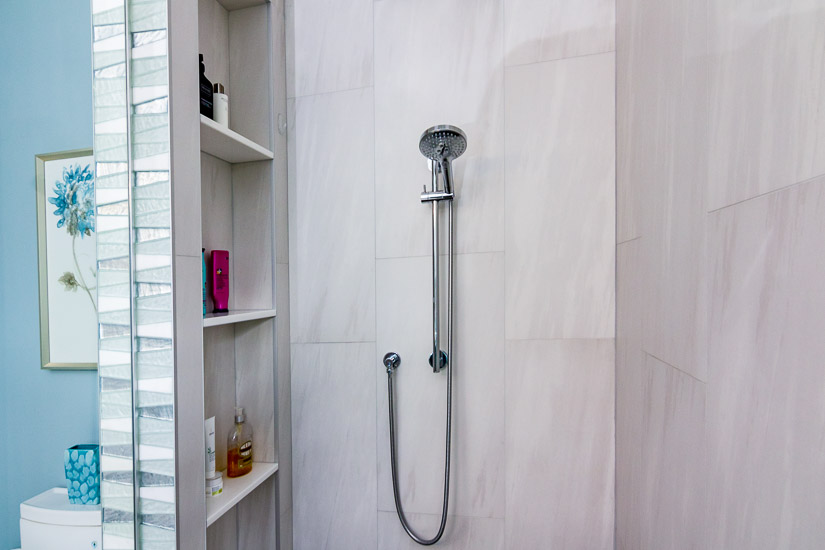 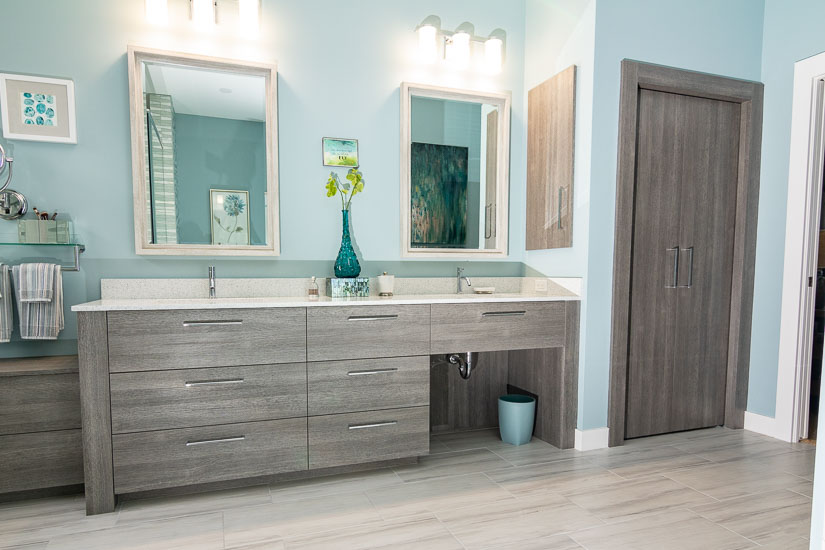 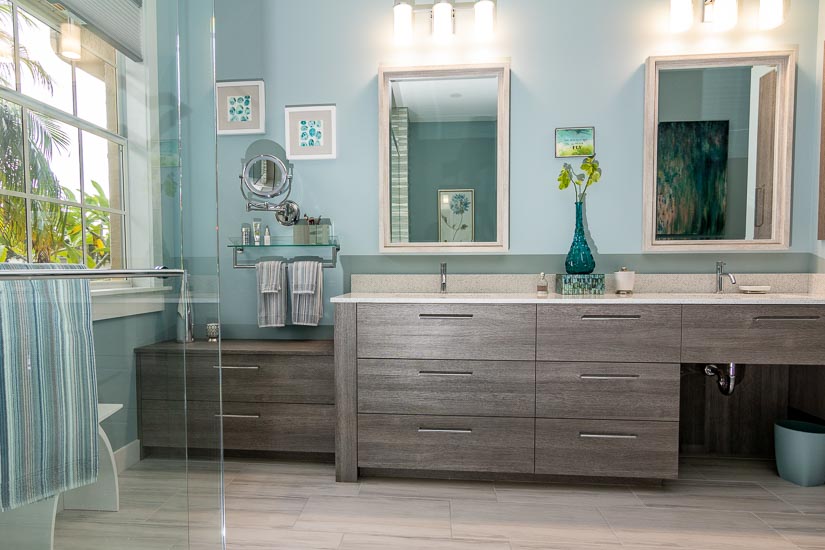 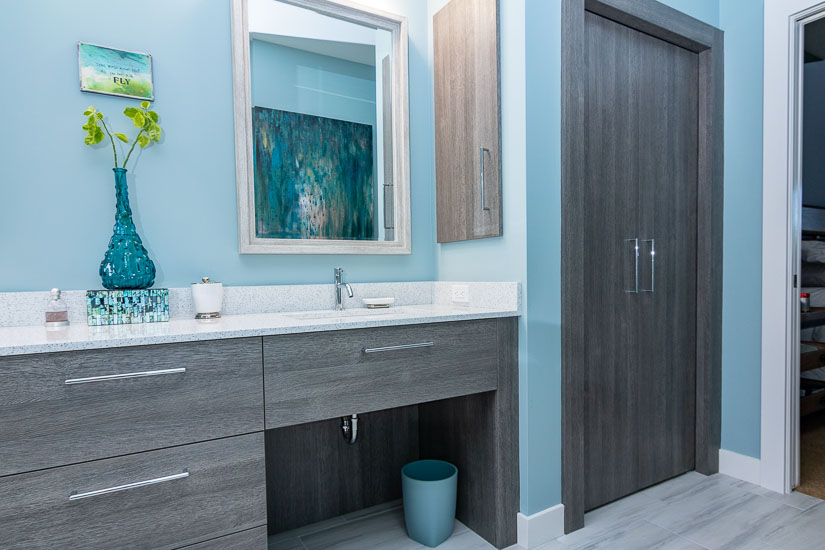 This remodel required an extensive demolition of the existing bath, eliminating the old garden tub and changing the layout. Stout Homes & Remodeling installed wood trim around the existing “eyebrow” arched window to create a rectangular look on the interior without changing the outside appearance. The new shower features large vertically stacked tiles accented with glass mosaic tiles and a linear drain and glass outer walls. The niche in the shower offers shelving of different heights for bath products. 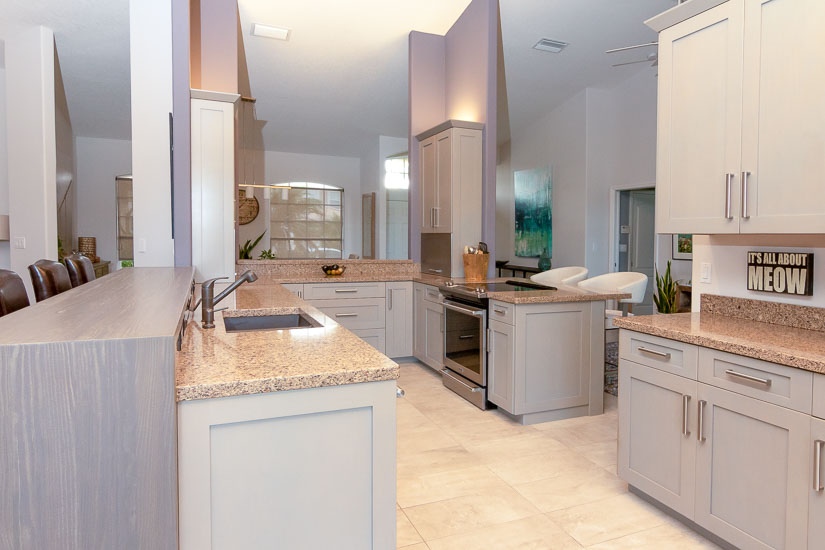 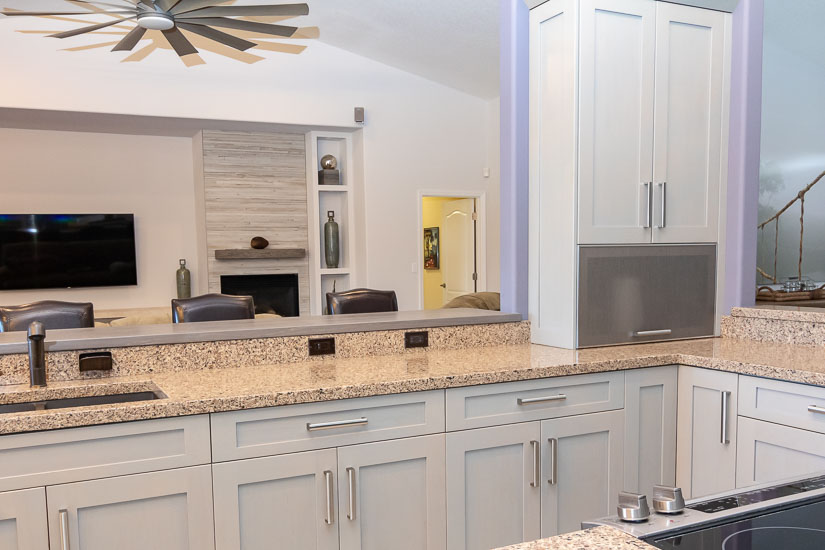 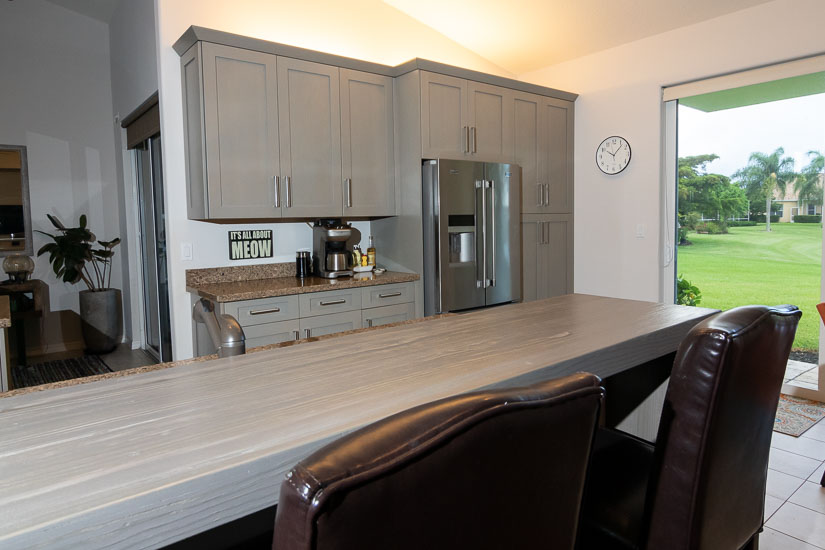 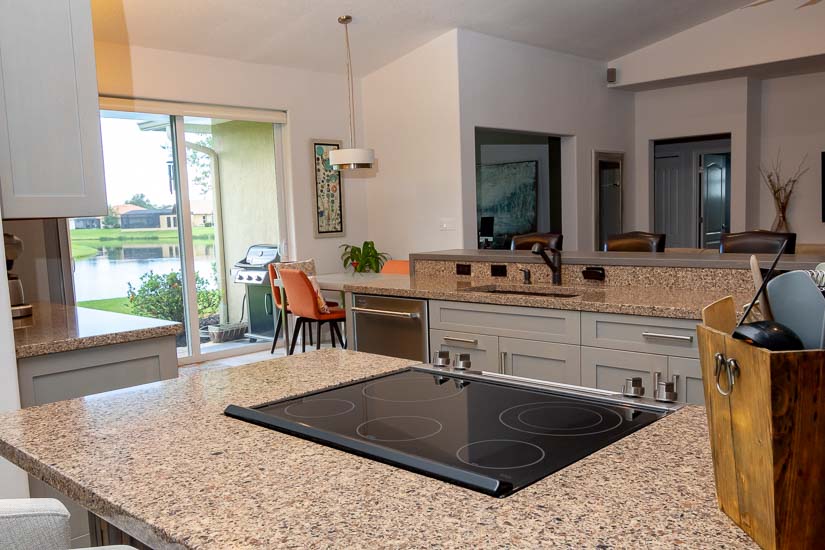 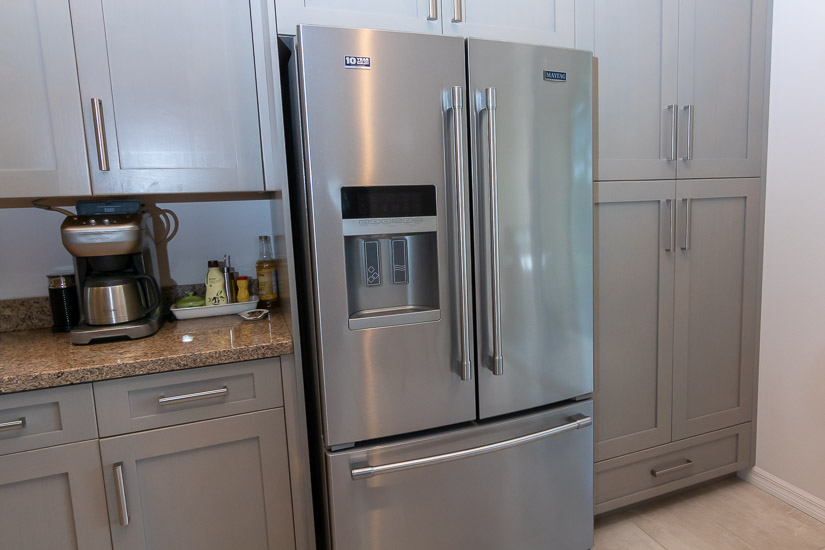 A unique hybrid remodeling project was done for this kitchen by Stout Homes & Remodeling, incorporating the home’s existing base cabinets, stove and sink. Walls were removed and new upper cabinets were installed along with a new deep cabinet over the refrigerator. All base cabinets were re-faced to match the new uppers and the old drawers were replaced with soft-close units. Unique swing-up doors were installed to make room for the microwave.

The highlight of this kitchen is the wooden waterfall bar top. This piece was hand crafted by Craig of Stout Homes & Remodeling and is reclaimed, weathered southern pine with a beautiful and rich gray finish.

We want to meet you, see your project and understand your needs.
Give us a call today to schedule a meeting.